It is remarkable how much of our past we carry with us. Faulkner's memorable line from Requiem for a Nun rings true here: "The past is never dead. It's not even past." My wife, Rita, and I drove recently from New York to Waukesha, Wisconsin, to reunite with three friends she hadn't seen in the forty years since they had roomed together in Dublin. Back then, in 1970, the girls were all in their early twenties, a young, adventurous, and innocent time. Today many of their children are older than they were then. Yet, in the words of Tennyson's Ulysses, "Tho' much is taken, much abides," and in the moment that brought them all together again after all those years, sparks of instant recognition rekindled their joy in each others' presence, and they seemed to pick up where they had left off forty years ago.

Christine and Priscilla had organized the reunion. At Christine's invitation, Rita and I had driven the 950 miles to surprise Mag and her husband, Mattie, on their arrival at The Pub in Oconomowoc, Wisconsin, halfway between Madison and Milwaukeea, a little gem of an Irish pub run by Aelred and Bernie Gannon, from Sligo, Ireland. It was Mag and Mattie's first trip to America, and the moment was memorable all around. Mattie and Mag arrived with her sister Priscilla and her husband Jeff. Christine and Rita approached and reveled in the moment of instant recognition as the four of them embraced, together again for the first time since 1970. They had kept in touch, more or less, over the years through Christine with notes at Christmas, but this moment, their first time together in forty years, was special. The party at the pub, driven by a lively Irish session with Priscilla on the button accordian, Mattie on the guitar, Aelred on the tin whistle, and countless other musicians joining, and slipping away, lasted well into the early hours of the morning before we headed back to Waukesha for the night.

What struck me was how much Christine, Priscilla, Mag, and Rita still enjoyed each others' company, the sheer delight in their eyes evident as they beheld the strong women they had become. They peppered the days and nights that followed with stories of their days together in Dublin and tales of their lives apart, with songs and videos and family photos to share. They even reminisced about a red Irish linen coat that Rita had designed and drafted for Christine, who then sewed it up all those years ago in Dublin. An hour or so later Christine made a grand entrance in the same coat, which still fit her, if a little snuggly. Both the fabric and the style had held up as well in the intervening years as had their friendship. It is indeed remarkable how much of our past we carry with us, like coals smoldering under a layer of ash, a fire just waiting to be rekindled 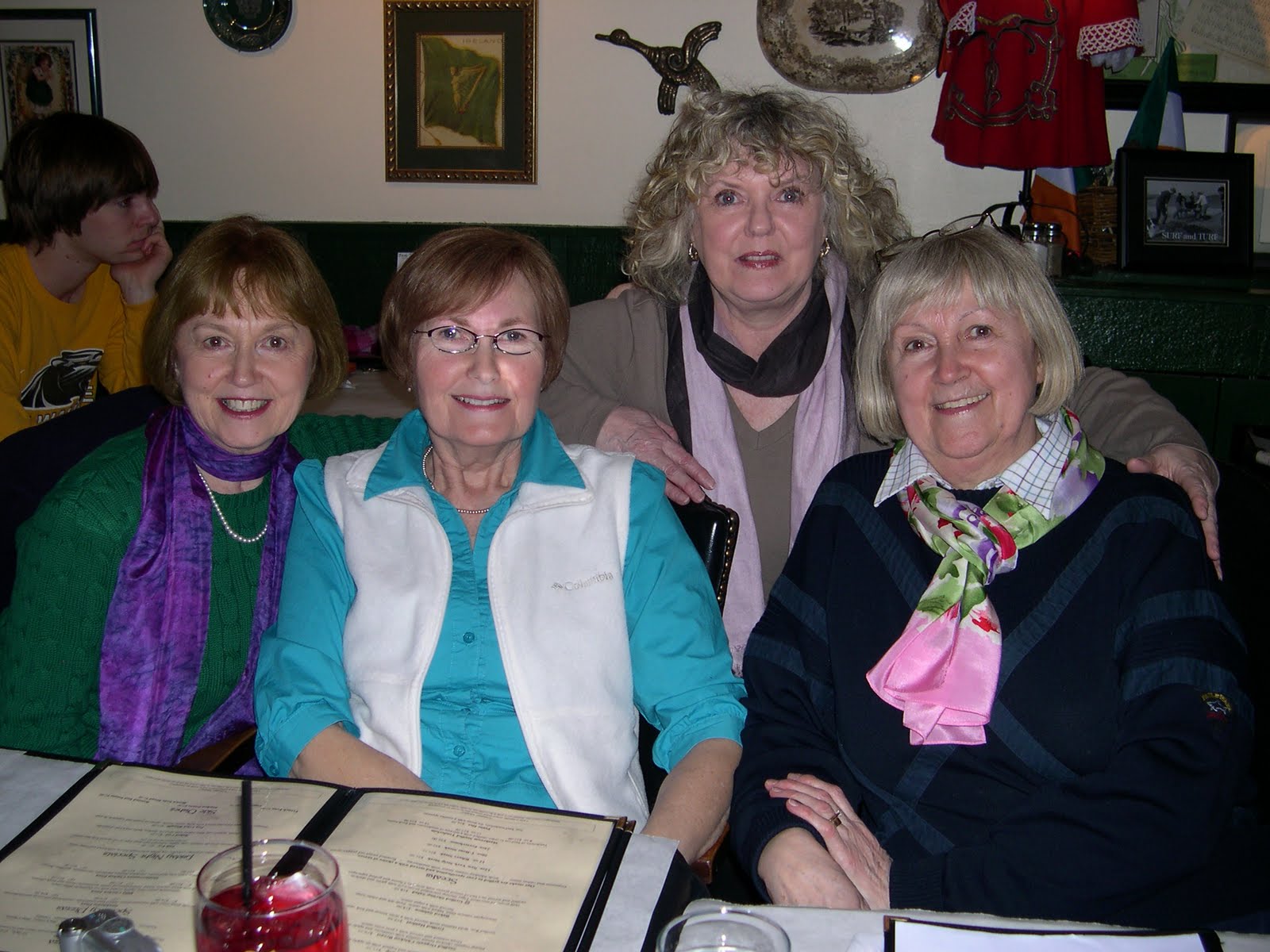